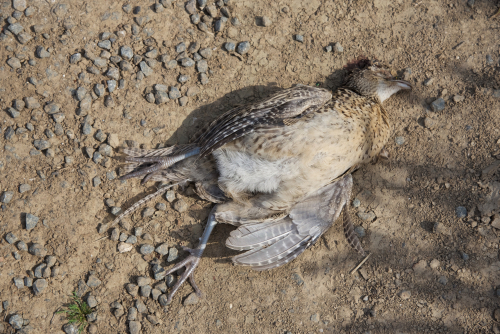 NINE THOUSAND pheasants released from pens by animal activists perished in the wild, according to the owner of the hatchery where they lived.

The Animal Liberation Front removed fences and cut netting to release the birds as part of their ongoing campaign against the shooting industry.

But Stuart Fairhead, the manager of Heath Hatcheries in Mildenhall, Suffolk, UK, which was targeted by the activists, said the pheasants would have died from “sheer stress and exertion.”

He said he found the bodies of 200 birds within 250 meters of the hatchery in the days after the attack.

Fairhead said: “From what I’ve read on the ALF site they believe they are releasing them to a better life. All they’ve done is condemn them to death.”

According to Mr Fairhead most of the birds would have been eaten by foxes or badgers, or have died of dehydration or starvation.

He added: “These pheasants were eating 4.5 tonnes of manufactured feed per week. They don’t live on wheat. They won’t be able to feed themselves.”

0 comments on “ALF Responsible for Death of 9,000 Pheasants”