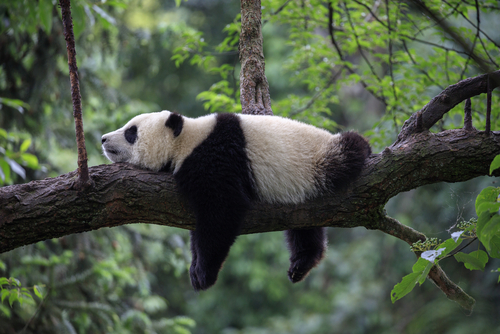 A new study has revealed that pandas, one of nature’s most famous vegans, used to be meat eaters—and were almost certainly better off for it.

Researchers at the Chinese Academy of Sciences have been studying fossilized remains of Chinese pandas, and have concluded that the ancestors of today’s panda population had a far more varied diet, including meat, fruits, and berries.

Modern pandas eat nothing except bamboo, a plant that is severely lacking in nutrients.

The bear’s guts are poorly suited to digesting plant material, which has long suggested they may once have been meat eaters.

The panda’s reliance on a single food source is often cited by scientists as one of the factors that pushes them ever closer to extinction.

Study author Dr. Fuwen Wei said: “It has been widely accepted that giant pandas have exclusively fed on bamboo for the last two million years. Our results showed the opposite. We don’t know what the exact plants were, but their diet was similar with herbivores such as deer during that time.”

Previous fossil evidence suggests the pandas only started to develop a taste for plants about two million years ago.