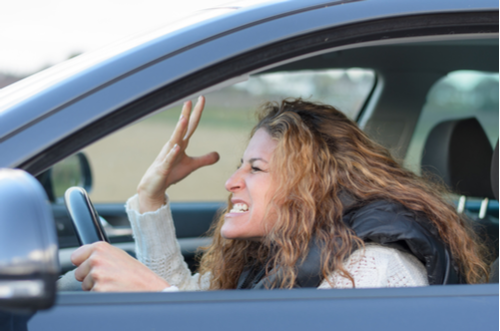 A judge issued a protective order to top an activist stalking a wildlife worker.

Activist Carolyn Stark was banned from going near Heather Reich who works for the Nevada Department of Wildlife in the US. Courts documents revealed Stark, who denies stalking Reich, tailgated her after she freed a bear from a trap.

Court documents describe a tense encounter on a highway between Stark from Incline Village, Nevada, and biologist Heather Reich. Reich said Stark drove aggressively and dangerously close to her state vehicle, appearing to cut off other vehicles on Interstate 580.

The protective order is the latest development in a lengthy legal and public relations battle between the agency and a group of activists who oppose state methods for managing bears.

Agency Deputy Director Jack Robb said the escalation of the activists’ tactics is “alarming and concerning.”

Stark denies she stalked the biologist and says she intends to respond to the court order that cites allegations of stalking, aggravated stalking and harassment.

A hearing on whether to extend the temporary order is scheduled to be heard.

Stark, who has been involved in previous legal battles in which she has been accused of harassing state officials, said she disagrees with many of the state’s policies regarding trapping and euthanizing of bears.

The tailgating incident happened after Reich released a tagged bear from a trap at the Tannenbaum Event Center on the Mt. Rose Highway.

She was towing the empty trap to Reno when she noticed she was being followed by a green Toyota Highlander.

She called her husband, Derek Reich, a department volunteer who assists her in the field and was following her SUV in another vehicle.

Her husband said he recognized the other vehicle as belonging to Stark, so Reich called her supervisor who told her to drive directly to department headquarters in Reno.

Derek Reich wrote in a complaint that the incident was “typical of past experiences” with bear activists in the Tahoe Basin to instill fear in NDOW employees through intimidation, harassment and aggressive tactics routinely.”

He said he had been harassed himself and witnessed other department employees being intimidated. Heather Reich said her hands were shaking by the time she exited the interstate.

Stark, a former board member of the Bear League—an activist group that protests bear management tactics—was among the defendants in a 2017 lawsuit brought by bear biologist Carl Lackey. That lawsuit accused the Bear League, including Stark, and administrators of undertaking a “vicious and calculated effort to damage his reputation and jeopardize his employment.”

In 2015, a former state senator and Incline Village resident sought a protection order against Stark and others related to Bear League protests outside his house.