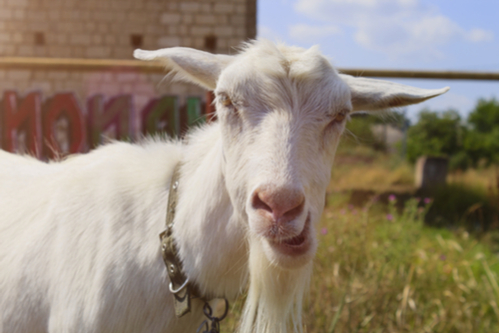 A group of 50 activist stormed a family-run farm and drove off with the animals in the back of an SUV. They claimed they grabbed the animals from the Gippy Goat Cafe in Yarragon near Melbourne, Australia, to free them from a life of cruelty.

But security footage and video taken by the activists themselves showed them scaring the animals as two women climbed a wooden fence, grabbed a lamb and struggled to grab the scared goats who tried to run away. The lamb was then carried over the fence and put into the back of the Jeep before a black goat was also shoved into the boot of the SUV, as activists wearing black crowded around the livestock pen.

Activist Joanne Lee released a statement declaring she was opposed to farming altogether, and also posted video of a limping goat from the farm to justify abducting the livestock so they could be released to open pasture.

She said: “We are not asking for bigger cages or better conditions. We are demanding the end of commodification of animals. They do not exist for human use.”