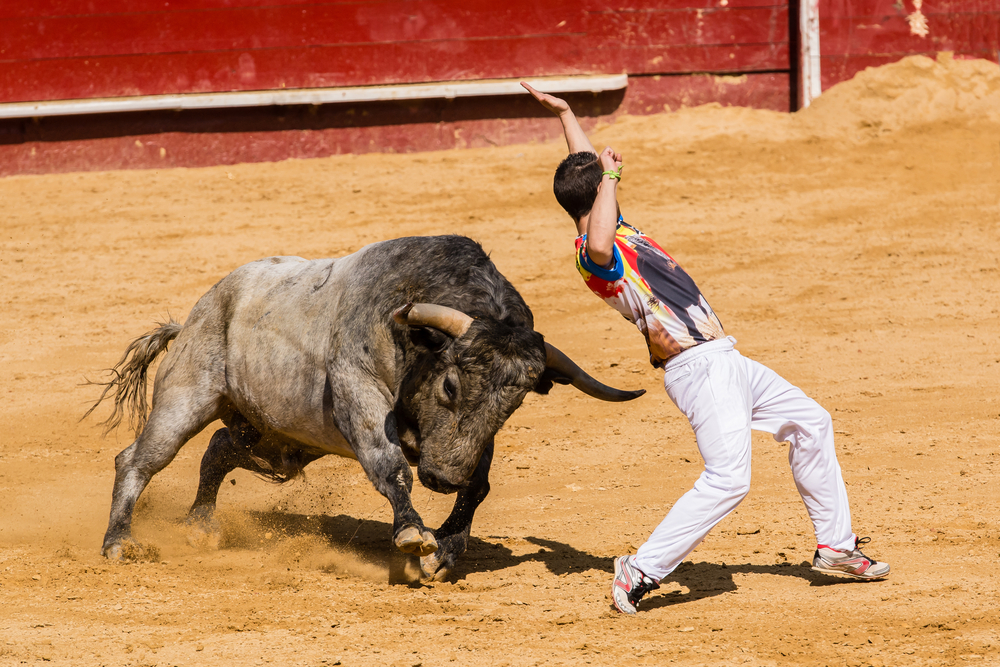 A bid to ban bullfighting in Portugal has been defeated.

Proposed legislation banning bullfighting was voted down in parliament.

The Party of People, Animals and Nature (PAN), which has only one MP, proposed legislation that would have prohibited an activity that has been part of the country’s culture since the 19th century.

But MPs voted against the ban in the country where bulls are not killed in the ring infant of a cheering crowd, as is the case in Spain.

If they are judged to have performed well, they are spared and used for breeding. Many opposed the ban, claiming that it denied people the choice to attend bullfighting.

In a free vote, 31 MPs supported the bill, with 178 voting against and 13 abstentions.

Telmo Correia, of the center-right Social Democratic Party, said: “There are some people who are aficionados and some like me who have not been [to a bullfight] for years. But we are against bans.”

The Portuguese Bullfighting Federation claimed that a survey found 32.7 per cent were fans of the sport while 86 per cent opposed a legal ban.

The ban was backed by PAN and a mixture of MPs from the Left Bloc, the Green Party, the Socialists, and the Communists.

It was opposed by the majority of Socialists and the center-right Social Democratic Party, the two biggest groups in parliament.

Some of Portugal’s leading bullfighters, including Luís Rouxinol and António Ribeiro Telles, attended the parliamentary debate.

The attempt to outlaw bullfighting came as analysts said a younger generation was losing interest in the spectacle, which remains popular only with older people and tourists. Attendance at bullfights has been in decline, with 680,000 people going to events in 2010 compared with 377,900 last year. The number of bullfights has fallen from 307 in 2008 to 181 in 2017.

Traditionally, bullfighting is more popular in the south of Portugal than in the north.

Left-wing political parties have criticized the state broadcaster RTP for showing some bullfights during prime time. André Silva, an MP for PAN, said: “The right to enjoy yourself, even if it is disguised as the cultural heritage of a people, should not be able to prevail over respect for the freedom and the physical and psychological integrity of animals, nor over the ideals of a society which rejects violence.”

0 comments on “Activists Fail to Ban Bullfighting in Portugal”