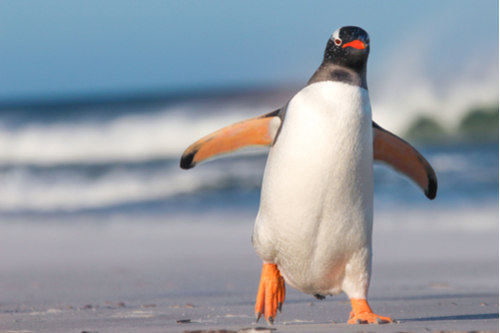 PETA has forced organizers to scrap an event in which members of the public would have been able to ice-skate alongside penguins.

The event was designed to raise money for Penguin Awareness Day but activists kicked up and stink and organizers pulled the plug to avoid bad publicity.

The Queens Skate Dine Bowl in London offered customers the opportunity to meet five Humboldt penguins and would have also raised money for Bird Life, an organization dedicated to conservation.

It was planned that the penguins would take center stage in in their own purpose-built pen.

The venue announced: “Sadly due to the concerns raised by various animal protection groups we have had to cancel the event.”

PETA, which was one of the groups which objected, said: “Using penguins to draw in paying customers is cruel and unthinking. Humboldt penguins belong in cold water and on the rocky islands off the coast of South America, not on a skating rink in London.”