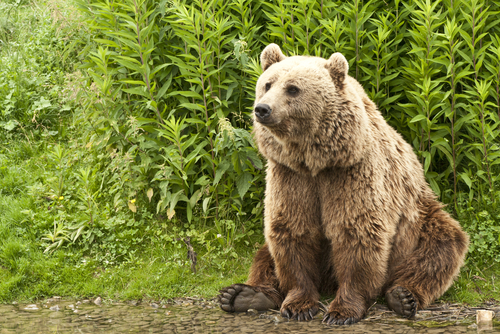 A zoo chief has hit back at activists who attacked him for taking a tame bear to a drive-thru ice cream parlor.

But his zoo is now facing charges after activists spotted online footage of Berkley being spoon-fed at the Dairy Queen branch in Alberta, Canada.

The zoo is allowed to take the tame bear off the premises into public places as long as it notifies the correct authorities in advance.

But on this occasion Mr. Bos had failed to do so and activists were quick to alert officials.

Mr. Bos said: “These bears aren’t just your average bear that we go snag out of the wild and do this.

“We made a mistake. I’m embarrassed about it. Every time we take an animal off the property, we’re supposed to notify Fish and Wildlife, send them an email, and we forgot to do that in both instances.”

He said he plans to plead guilty for failing to tell authorities an animal was taken off-site.