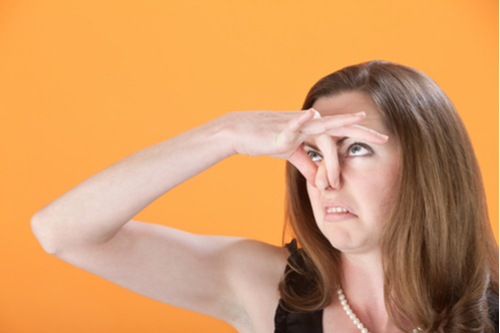 The bizarre episode emerged after three goats and a lamb were snatched by activists from a farm in Australia. Police tracked down two of the activists and found a stolen goat and a sheep wearing diapers designed for human babies.

The animals were stolen from the family-run farm the Gippy Goat Cafe in Yarragon near Melbourne. Victoria Police have now charged two women in connection to the incident.

A police spokesman said: “It a strange one alright.”

The activists have given no explanation about why the animals were wearing diapers.

Police say both women refused to reveal the whereabouts of the two remaining goats.

John Gommans, who owns the Gippy Goat Cafe where 1900 goats are milked, said his team were happy to have two of the animals back. He said: “They can run free on our farm, they don’t have to wear nappies.”

While the lamb was in good condition, Mr Gommans said the goat was not.

“She lost a lot of weight – clearly she hasn’t been fed a milking diet,” he added.

An unnamed group of around 70 activists targeted the farm in Victoria just three days before Christmas.

In a statement issued to Facebook, one vegan activist, who is thought to have participated in the incident, detailed the alleged kidnap and explained the group’s motives. She wrote the alleged “non-violent” incident at Gippy Goat café was to “draw attention to the animals being exploited at the facility.”

The Gippy Goat café denied any wrongdoing on social media.

It said on its Facebook page: “This group of criminals make false claims about animal welfare in order to justify this kind of behavior and seek only to gain attention for themselves. We have qualified vets on staff who are responsible for ensuring the best humane care is provided to all goats and other livestock.”

Born to be Mild—Bikers Back Farmers