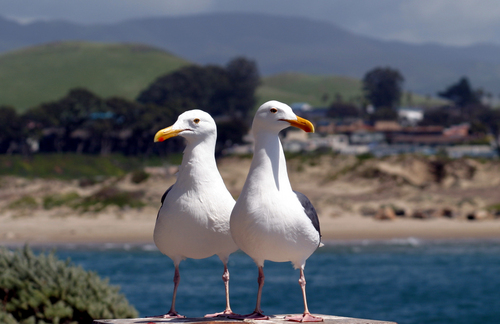 SEABIRDS have made a dramatic comeback to an island after a rat cull—which activists tried to block—succeeded. The number of seabirds on Lundy, off the southwest coast of England, has tripled to more than 21,000 since it was declared rat-free, according to the Royal Society for the Protection of Birds.

The charity said that the island, 12 miles off the north Devon coast, now boasts a healthy population of key species including Manx shearwaters, puffins, guillemots and razorbills.

The RSPB and the National Trust faced protests from animal rights groups in 2002 over plans to kill all rats on the island to save the bird population.

The charities claimed the eradication was necessary after evidence from other seabird islands revealed that rats were the biggest threat to burrow nesting birds such as Manx shearwaters and puffins.

There were less than 300 pairs of Manx shearwaters around the same time, which was well short of the number expected on an island the size of Lundy, which is three miles long.

Activists condemned the action insisting that rats were an important part of the island’s biodiversity and had lived there for at least 400 years, possibly after escaping a shipwreck.

However, the cull continued and in 2006 Lundy was declared rat-free.

Helen Booker, senior conservation officer for the RSPB in southwest England, said: “This study clearly shows how quickly and positively seabirds respond to the removal of non-native predators. The scale of this recovery has far exceeded our expectations.”