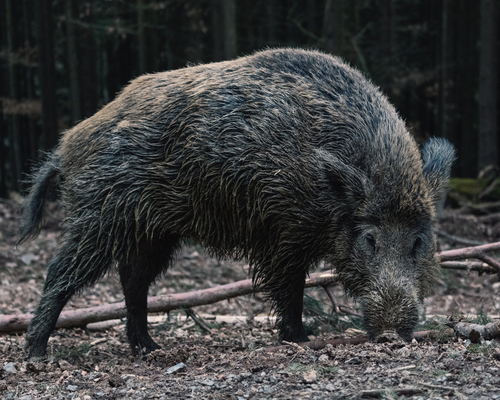 They claim the five-foot high wall designed to stop German wild boar spreading African swine fever into Denmark will disrupt wildlife. But it is feared if the wall is not finished the world famous Danish bacon industry could be decimated by the disease.

Denmark fears an outbreak could destroy the industry worth 4 billion Euros a year and lead to 33,000 jobs lost.

Activists have called for construction to be halted. They say it will disturb wolves, otters and golden jackals and be ineffective against the wild boar.

The disease has spread into Europe, with cases reported in Belgium, Poland, the Czech Republic, Hungary and the Baltic states.

Mogens Dall, the chairman of LandboSyd, a Danish agricultural association, said: “It is an insurance policy against the disease. You also insure your house against fire, although it will probably never burn.”