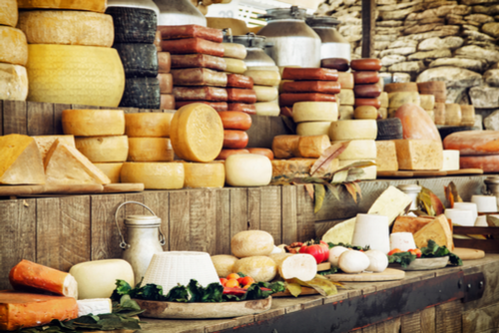 ANIMAL rights activists who have carried out attacks on butchers and abattoirs in France have begun targeting cheese shops.

Police said the escalating campaign against shop keepers was growing increasingly violent after the Le Cellier à Fromages shop in Saint-Arnoult-en-Yvelines on the outskirts of Paris, was vandalized.

Activists smashed windows and “Spéciste”—meaning “speciesist,” or the human exploitation of other species—was daubed in red letters on the shop front.

Owner Marie Montini said: “I don’t think cheesemakers do any harm to animals.”

The butcher’s shop next door was vandalized in an earlier attack along with about 50 others in France.

In a country where cheese is part of the national identity, the latest attacks are seen as a cultural affront.