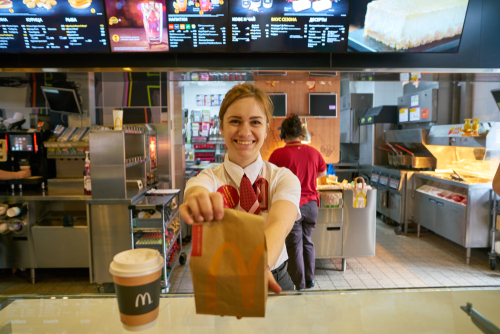 It shows images of chickens in distress.

On its web page for the campaign called “McChicken Cruelty” the group states: “Each year, hundreds of millions of chickens suffer tremendously on farms that raise chickens for McDonald’s menu items.”

It is not the first time McDonald’s has come under fire from the vegan lobby. The Animal Liberation Front vandalized an outlet in Santiago, Chile and wrote “Fuego al McDonalds” (“Burn McDonald’s”) on the window.