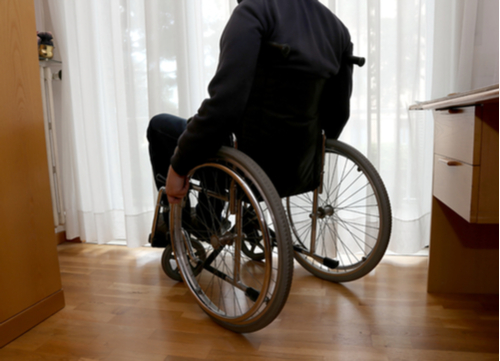 SICK animal rights activists have targeted a jockey who could be left quadriplegic after a freak accident.

Sydney-born jockey and father-of-three Tye Angland was speared head first into the grass after the starting gun fired at Hong Kong’s Sha Tin racecourse. He lay motionless only meters from the gates but remained conscious throughout and was later diagnosed with a spinal fracture, dislocated spine and a spinal cord injury.

But anti-horse racing activists have targeted him and even suggested he should be “put down” like an injured horse.

One online troll said: “I suppose the only logical thing to do now is kill the horse for the jockey falling off.”

“That jockey was put down on the track,” wrote another, comparing Angland, 30, to horses who are euthanized on the track after suffering injury.

Another comment asked: “Does this mean he was put down?” and drew a backlash from supporters of the jockey.

One supporter hit back with: “Please don’t comment like that, it’s very serious. It’s not an accident he will recover from quickly at all.”

Angland was injured when his horse, Go Beauty Go, stumbled out of the gate. Paramedics took all precautions in moving him after the accident, spending 10 minutes fitting him for a neck brace before taking him to hospital.

After a series of tests and scans, he underwent a lengthy surgery the following day and recovered in Hong Kong’s Prince of Wales Hospital, where he remained in intensive care before returning to Australia.

The Australian Jockeys Association issued a statement on social media explaining the jockey faces a tough road to recovery.

It said: “Since returning to Australia, Tye has undergone a second surgery for his injuries. Tye currently remains in Royal North Shore Hospital, Sydney.”

“As a result of the fall, Tye had a fracture and dislocation of the spine as well as a spinal cord injury. The spine has been stabilized and realigned. Tye’s doctors advise the long-term prognosis for injuries of this nature are always hard to diagnose in the early stages. However, there remains a likelihood of Tye’s outcome being quadriplegic.”

“His wife Erin, and the couple’s three children Alexis, Addison and Rylan have been overwhelmed by the support they have received and wish to say thank you to everyone who has reached out to them. The family has requested their privacy as they deal with this very difficult situation.”