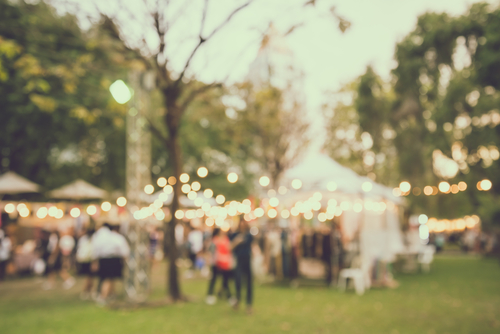 EXTREMIST animal rights activists have attacked a gay pride garden party for making a pony look like a unicorn.

They claimed organizers of the Stody Rainbow Garden Party in Norfolk, UK, were being cruel to the pony by dressing it up.

They also claimed organizers were being cruel to goats because part of their fur was dyed the colors of the rainbow flag—a symbol of the LGBT (lesbian, gay, bisexual and transgender) community.

Norfolk-based group Hunt Watch UK has now launched a petition calling on co-organizers Norwich Pride to stop using animals as a “form of entertainment” at future garden parties and at their annual parade through Norwich city center in Norfolk.

A spokesperson from Hunt Watch UK said: “We ask that Norwich Pride cease using animals as part of any spectacle or entertainment they organise. We believe that Pride has no place for animal cruelty. We strongly urge they commit to not using animals in their events or allowing them in their parades and this matter will be closed.”

But organizers of the gay pride and LGBT event—which was meant to celebrate diversity, said the animal had not been harmed and there were no plans to use animals.

Michelle Savage, chair of Norwich Pride, said: “We were really concerned to see the petition and want to reassure all Pride-goers that no animals are harmed at Norwich Pride events. Having consulted with the city council earlier in the year, we had already decided to not allow animals on the pride march in 2019 – except of course for dogs who are well-loved pets.”

She said the Rainbow Garden Party was a “positive, affirming experience for hundreds of LGBT people.

Lamb National is a Winner