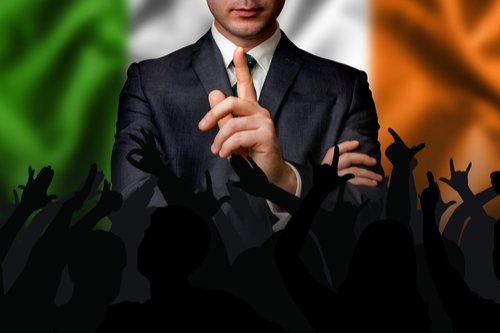 ANIMAL rights activists have threatened to derail a presidential election campaign in Ireland.

The have vehemently opposed the candidacy of TV presenter Gavin Duffy because he supports hunting. Animal Rights Action Network have now threatened to disrupt Duffy’s campaign.

The 58-year-old businessman is a popular TV celebrity who is a judge on the hit UK show Dragon’s Den where contestants are judged on their new business ideas.

He has been outspoken in his support of hunting, fishing and shooting in the countryside and is a former chairman of the Hunting Association of Ireland.

Animal Rights Action Network now plans to protest against his candidacy as he seeks the required nomination of four local authorities in Ireland before he can enter the race proper.

John Carmody, a founder of the Animal Rights Action Network said: “Gavin Duffy is in no position to run for Ireland’s presidency when he has a miserable track record of cheer-leading the hunting of beautiful Irish wildlife.”