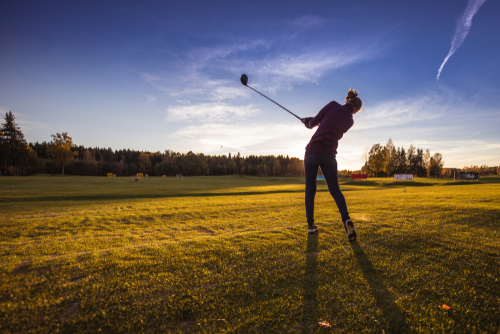 ANIMAL rights activists have vandalized one of Britain’s most historic golf clubs. Police were called after some greens at the Royal Devon North Golf Club were dug up and graffiti and the word “killer” plastered on a club sign. An unidentified group struck after claiming the club had dumped piles of rubble on a badger sett.

The club denies the claims and says it prides itself on protecting the wildlife on and around the course.

Local resident Dee Owen had claimed on Facebook that the golf club had “illegally blocked the entrances to a badger sett on their land.”

A spokesman for the Royal Devon North Golf Club—the oldest golf club in England—said the claims were false and that the activists had made no attempt to discuss their concerns before resorting to vandalism.

He said: “The club was victim to a number of acts of vandalism, prompted by incorrect claims that the club had caused damage to a badger sett.

“Royal North Devon is a golf club which prides itself on being part of an area of outstanding natural beauty, and at the sheer variety and vibrancy of wildlife on and around our course.

“Our green staff are aware of where the key wildlife habitats are on our course, and always avoid causing any damage or disruption to these areas.

“It is a shame that in this instance there were acts of unnecessary vandalism on our premises before any conversation with the concerned group could take place.

“We are working closely with the Badger Conservation Society and take our responsibility for local wildlife seriously.

“This vandalism now becomes a police matter and as such the club will not be commenting further.”

Ms Owen’s later said that her original post had “blown up” far more than she had expected.