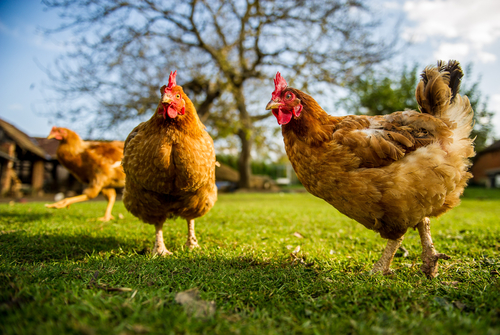 A group of animal rights activists have been charged with killing farm chickens.

Police claim the group raided a farm and fled with the chickens but then allowed them to perish.

Police in New South Wales, Australia, claim 13 protestors forced their way into a shed at the chicken farm in Lakesland, southwest of Sydney. The group placed the chickens in cages before fleeing the property.

Police stopped the activists as they were leaving. A police spokesman said: “A number of chickens were injured or killed as a result of their actions.”

The protesters posted a video on social media claiming they were trying to save the chickens from animal cruelty.

Eight women, four men and a 17-year-old girl were arrested and taken to Narellan Police Station.

They were charged with several offences including animal cruelty, malicious damage and killing with intent to steal a domestic animal or bird.

One man, 46, was also charged after allegedly assaulting police with an offensive weapon.

The twelve adults are due to appear at the Picton Local Court while the 17-year-old girl will appear in the children’s court.

The RSPCA has launched an investigation into alleged cruelty at the farm.

A spokesperson said: “The RSPCA dispatched inspectors immediately after being notified of the address and commenced an investigation. Inspectors conducted an interview with the owner of the property and issued instructions around his legal obligations to provide for the welfare of the hens.”