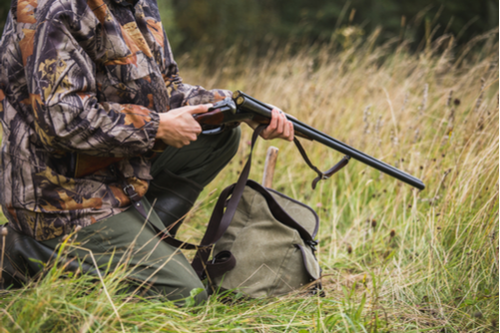 THE family of a man who was accidentally shot dead on a wild boar hunt have been subjected to a series of cruel outbursts by animal rights supporters.

Marco Tosti, 20, died when his companion mistook him for a boar in poor visibility and opened fire.

One upsetting comments included: “Hunters should be hunted, fair game.”

Another said: “He should try wearing a fluorescent orange safety vest instead of a fur hat next time.”

And another said: “Isn’t that the purpose of hunting? To thin the herd?”

Tosti was shot in the abdomen and later died in hospital.

The online jibes are the latest in a series of cruel taunts and death threats from animal rights supporters against legalized hunting.

Bob Legasa survived a severe mauling by a grizzly bear protecting its cub in Montana, but was subjected to online death threats afterwards.

One post read: “Come on guys, don’t be so mean. This is incredibly tragic.

“Tragic that Momma Bear didn’t get a chance to finish the job of taking out the trash.”

Another read: “Bet you’re not the apex predator you thought you were. Let’s hope the next time the bear finished what it started.”

Brian Lynn, vice president of marketing and communication for the Sportsmen’s Alliance said the threats were hypocritical.

He said: “Their outrage is insane. It’s so contradictory to what they say they stand for. People can disagree with each other without dropping down to this level.”

The death of Mr Tosti in Italy was the third hunting tragedy in Italy in the space of a month. A 56-year-old hunter died near Velletri, south of Rome and an 18-year-old was killed in northern Italy.