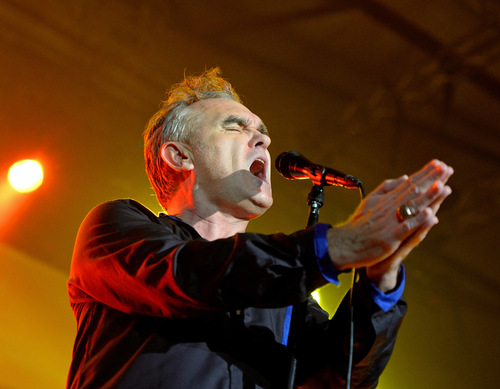 ANIMAL rights supporter and singer Morrisey has caused controversy by supporting a far-right political group and calling for the abolition of abattoirs.

The front man of The Smiths has shown his support for the right-wing For Britain group in the UK and also asked people not to kill cows. The lengthy pronouncement was made on his official Facebook page.

In the 400-word message, the singer thanked BBC Radio 2 and host Jo Whiley for supporting his songs, before decrying the print media as “vengeful and paranoid” for misrepresenting him and “inventing Britain’s doomsday.”

It continued: “The march backwards is over, and life has begun again. With voice extended to breaking point, I call for the prosperity of free speech; the eradication of totalitarian control.

“I call for diversity of opinion; I call for the total abolition of the abattoir; I call for peace, above all; I call for civil society; I call for a so-far unknowable end to brutalities. “No’ to Soviet Britain; prayers not to gods but to forces; an end to disingenuous media cluelessness.

“No more fashionable outrage; cows are friends to humans – don’t kill them.”

Cows banned from It’s A Knockout