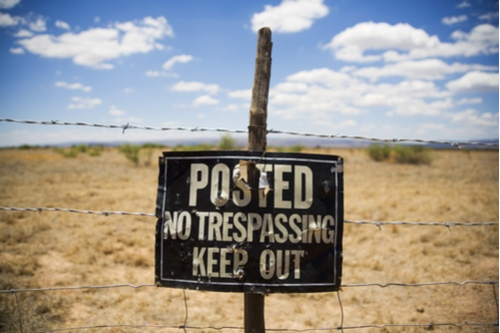 A website has pinpointed the location of hundreds of farms and abattoirs sparking fears of attacks from animal rights terrorists.

The group called Aussie Farms, which has charitable status, published a satellite map online of locations across Australia along with graphic images of animal cruelty.

He said: “Putting the locations of farms online could be creating an attack map for activists.

“This will potentially result in illegal behavior by activists.”

The National Farmers’ Federation president, Fiona Simson, said the map was unacceptable and posed a security risk and called for the group’s charitable status to be revoked.

She said the Federation was exploring the legality of the map and wanted Facebook to shut down the group’s Facebook page.

She named two examples of unknown activists raiding farms – one at a property in the Glass House Mountains in Queensland and also at the Gippy Goat cafe in West Gippsland, Victoria.

She did not suggest the Aussie Farms website was linked to those incidents.

She said: “It’s about people going about their average daily business … and having vigilantes burst in on them supposedly just to check that everything is OK. Where I think the line blurs is when does activism turn into terrorism? That’s what we are asking here now. By putting online people’s private details, by exposing people to anybody who wants to look it up online we are crossing a line.”

Aussie Farms was formed in 2014 and is based in Ryde, New South Wales.

It says its objective is to “end commercialized animal abuse and exploitation in Australian animal agriculture facilities by increasing industry transparency and educating the public about modern farming and slaughtering practices.”

It has defended its tactics.

A spokesman said: “Naturally we’re receiving a lot of backlash from farmers already, because for so long they’ve been able to operate as they please, without scrutiny. All we trying to do is show the public, consumers of products, exactly what they are purchasing when they buy animal products.”