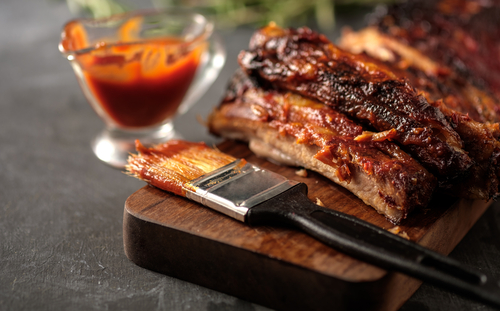 DINERS at a barbecue festival got their own back on animal rights protestors by licking their lips as they ate meat. Protestors had wanted to disrupt the gathering but instead diners exaggerated their enjoyment of the meat feast before them. Some started saying “yum, yum” and licking their lips in an exaggerated manner as the protest slowly fizzled out.

Activists had targeted the King of the County BBQ Challenge and Music Festival in Martinez, California, but were laughed at by diners.

Members of the Direct Action Everywhere animal rights group had clambered on to the stage with signs claiming: “It’s not food, its violence.” But they were ushered off the stage by security and as they were lead away diners made show of tucking into their food.