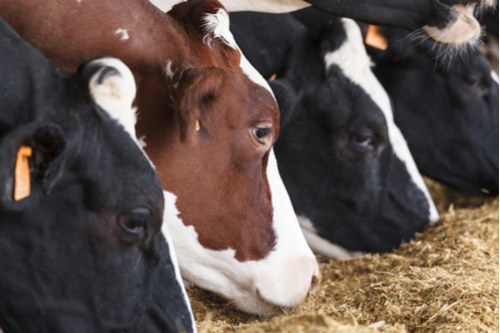 FOUR cows ate themselves to death after being freed by animal rights activists.

Forty more beasts were left critically ill after the blundering activists released them into an area where they gorged on concentrated animal feed.

The tragedy happened at the organic Liebenwalder Agrar farm in Brandenburg, Germany.

The consumption of concentrated feed has to be carefully regulated as overeating is known to be fatal. Cows are normally fed a maximum of 2kg a day but gorged on 10kg.

It is thought the activists trespassed onto the farm and released the dairy cows and calves in the early hours of the morning.

The cows then made their way to the feed area.

Anja Schiemann, the farm’s managing director, said: “Too much concentrate feed causes the digestive system in the rumen to be severely disturbed. The damage to the liver is just too much.”

The farm is set to suffer financially from the incident, and it is not yet known if the sick cows will make a full recovery.

Police are investigating, and the farm has offered a £890 reward for information leading to the arrest of the activists.