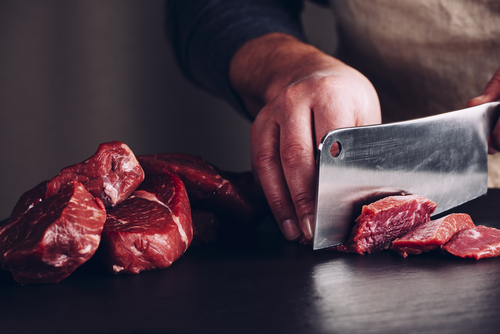 TWO activists were arrested after an alleged assault on a butcher at a market.

They are accused of dousing a butcher and his stand with red liquid at a market in Paris.

The butcher, who specializes in organically-raised meat, was at his stall in the covered Saint-Quentin market in the north of the capital when he was targeted.

The butcher said: “I felt liquid hit me, I touched my head and the liquid was quite red. I looked up and there were 15 or 20 people in front of the stand with the slogans ‘Freedom and defense for animals.’”

A series of French butcher shops have been vandalized by anti-speciesism activists who say eating meat is an immoral violation of the rights of other living things.

A court in northern France has handed down jail terms to two vegan activists for a string of attacks on butchers, shops and restaurants selling meat.