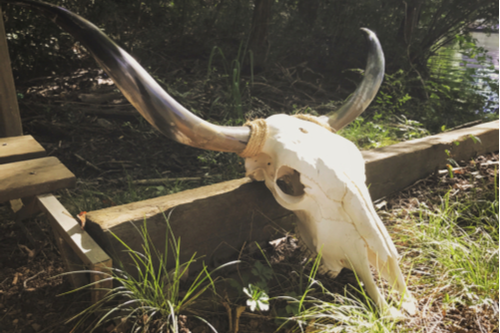 SHOPPERS were horrified after being confronted by animal rights activists wearing death skulls.

Dozens of activists wearing fake longhorn cow skulls crammed the aisles of a Stockyards District supermarket in Toronto to protest against a nearby slaughterhouse.

But shoppers were unsettled by the protest and took to social media to vent their anger.

Jebediah Kerman said: “This is funny and scary at the same time.”

Ann Peters said: “We have the right to choose what we want to eat. They are trying to force their will on us.”

A spokesperson for Direct Action Everywhere said: “We’re going to continue to take action against slaughterhouses all across the world.”