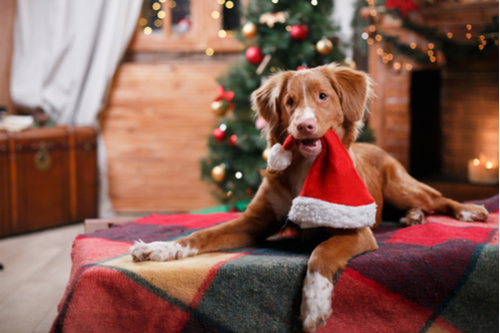 DOG bosses have called a halt to adoptions over Christmas to protect animals from festive cruelty.

The Dogs Trust in Ireland said puppies needed structure to settle and Christmas could upset them. It told prospective owners to return in the New Year when the animals could be offered a more settled environment.

The Trust said it has 176 dogs at its kennels in Finglas, north Dublin, which could be adopted from January 5 onwards.

According to experts Christmas presents and decorations can become dangerous chew toys to untrained dogs.

Last January the charity experienced a 30 percent increase in the number of owners looking to give up their dogs compared to the start of the previous year. Of the 2,840 requests to give up dogs the charity received this year, 897 came in the first three months of 2018, with 334 in January alone.

The main reason cited by owners was that they did not have enough time to look after their dogs.

Fianna Fáil senator Catherine Ardagh said the campaign was a ‘sensible approach’ for the charity to take: “It sends out a strong message to people that dogs are a huge responsibility and not just for holiday periods.”