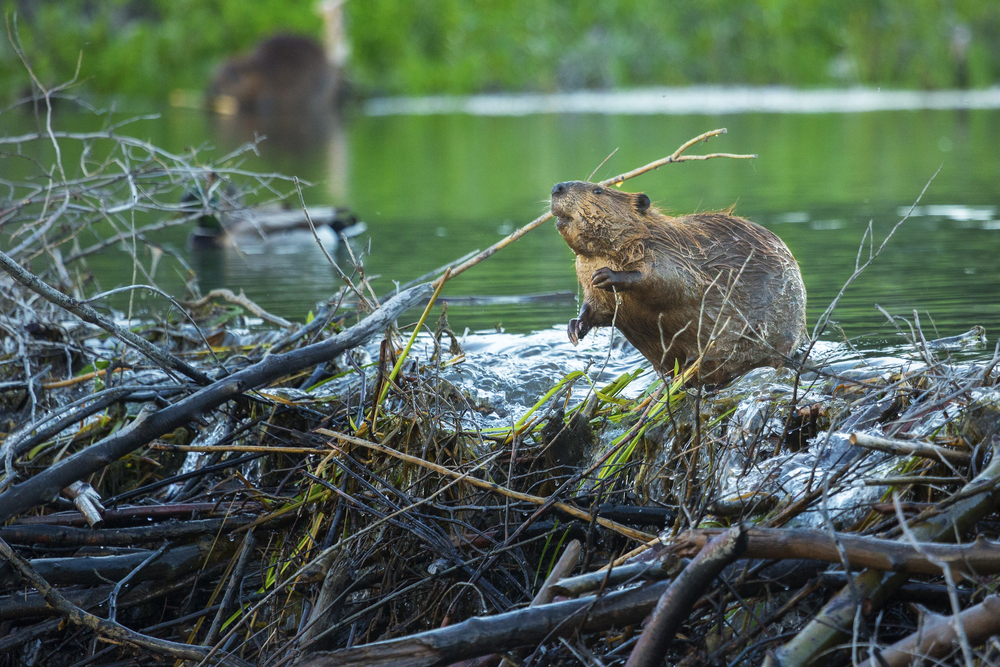 BEAVERS could stop floods in the UK, experts believe.

Two of the animals have been secretly introduced to forestland to see if the dams they build do the trick. If the experiment works the UK could release hundreds more onto forest land.

But officials kept the plan a secret to stop animal rights activists hijacking the scheme. It was feared they may try to “free” them from their new home.

Two Eurasian beavers were released into their new lodge within a large penned-off section of the Forest of Dean, in Gloucestershire, UK. The hope is that the animals will build dams and create ponds on Greathough Brook, which feeds into the river Wye, and slow the flow of water through the steep-sided, wooded valley at times of torrential rainfall.

In 2012, the villages of Lydbrook and Upper Lydbrook were flooded and hundreds of thousands of pounds has been spent on conventional schemes such as replacing drains.

The government hopes that introducing the beavers into a 6.5 hectare (16 acre) enclosure on Forestry Commission land will help hold back the waters in a more natural way as well as improving biodiversity. Should the three-year scheme prove successful, beavers could be introduced in other areas susceptible to flooding.

Michael Gove, the environment secretary, said: “This release is a fantastic opportunity to develop our understanding of the potential impacts of reintroductions and help this iconic species, 400 years after it was driven to extinction.

“The community of Lydbrook has shown tremendous support for this scheme.” Rebecca Wilson, the head of planning and environment for the Forestry Commission in west England, added: “Beavers are natural habitat engineers, restoring complex wetland habitats and providing habitat for declining species whilst slowing the flow of water downstream.”

Experts from Exeter University have been studying the brook for more than a year. Prof Richard Brazier, a hydrologist from the university, said: “We have shown quite clearly that the brook contributes to the flooding problems experienced in the village of Lydbrook. We now have a unique opportunity to study the impacts of beaver dams on the flood flows from this flood-prone landscape.”

Dignitaries met at the Speech House in the Forest of Dean and were bussed to the site.

Details of the release and Gove’s visit were not widely publicized partly because there is also concern that some animal rights activists campaigners will not be satisfied with the degree of freedom the beavers will have and might try to release them.

The beaver was hunted to extinction 400 years ago in the UK.