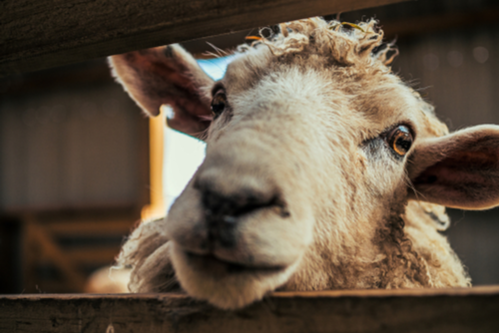 ACTIVISTS reacted with a fury when a video of a sheep swinging helplessly on a tire went viral.
The animal appeared to be trapped on the tire swing and the more it tried to wriggle free the more it swung.

Campaigners branded it “revolting” and “cruel” though many found it funny.
A man who posted the video on YouTube said: “A sheep gets itself caught in a tire swing and tries to get away but instead goes for a ride.”

Activists said the man who posted it should have freed the animal instead of filming it and laughing.

Eunice Ann Green said on Facebook: “Why is this funny it’s obvious the animal is distressed – cruel.”

But others said it was just a joke.

Louise Smith said: “Anyone thought that the sheep did this on purpose. Maybe it fancied a little swing. Weeeeeeeeeeee!”

And Ali Scott added: ‘Distinct lack of humour on this post. “Yes it’s a wee shame but come on, it didn’t hurt itself, didn’t look all that bothered to be honest, anyone who knows animals would find this funny.”

0 comments on “Ewe Must be Joking: Sheep Trapped in Tire Swing”