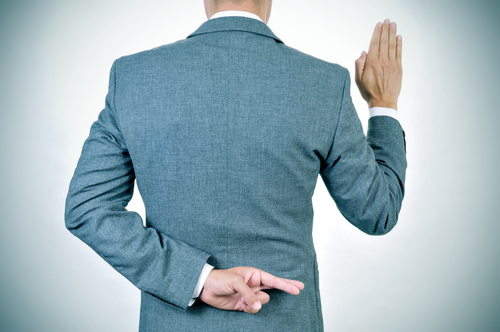 A PROFESSOR has been accused of “manipulating evidence” in fox hunting cases.

Prof. Stephen Harris, a retired academic at Bristol University in the UK, is alleged to have selected evidence which supported the claims of animal rights campaigners in cases where he was an expert witness.

Another senior academic has accused him of “cherry-picking” studies and “ignoring or misrepresenting the science that had been contrary to the activist agenda”.

The Crown Prosecution Service is now facing calls to review the suitability of Prof Harris as an expert witness.

The claims relate to a review published by Prof Harris on the welfare of circus animals.

At the end of 2016, Dr Ted Friend, a recently retired professor at Texas A&M University, wrote to Bristol and the Welsh government, which commissioned the paper, raising concerns that the review was “biased” and analyzed areas where he believed his evidence on animals’ behavior in captivity had been misrepresented. Dr Friend also wrote to the Italian senate, which was considering Prof Harris’s work, to warn that it contained “blatant inaccuracies.”

He said: “I am concerned that very few people have actually read my scientific publications and discovered that Harris’s spin is 180 degrees from what we found.”

He said Prof. Harris refused to consider studies with fewer than three authors, but in doing so he excluded some of the most authoritative documents on the topic.

Dr. Friend has now written for The Journal of Elephant Managers Association, stating: “In 40 years as a researcher, I have never seen a reviewer deliberately omit peer-reviewed papers on this basis. Professor Harris then cherry-picked sections of my remaining papers that did have three or more authors.”

Dr. Friend was told by Bristol that the work had been independently reviewed and the university found no need for further investigation.

Prof. Harris’s work has received hundreds of thousands of pounds in funding from animal rights groups including the League Against Cruel Sports and the RSPCA.

He has denied any suggestion of bias or support of animal rights groups, insisting that his work has been held to the highest standards and his independence has been tested in court on a number of occasions, with no adverse rulings.

It has also emerged that he has faced questions over his independence dating back almost two decades.

In 2000, Terry Kreeger, a vet from Wyoming, wrote to the Government inquiry into foxhunting, complaining that the way his research had been presented by Prof. Harris was incorrect.

Hunting supporters have lodged complaints with the CPS. Tim Bonner, the chief executive of the Countryside Alliance, claims: “Professor Harris shows no neutrality on the subject of hunting and the CPS should seriously think about whether it can use him as an expert witness in any future cases.”

In 2015, the Lamerton Hunt trial collapsed when it emerged that Prof Harris had failed to declare a friendship with the head of investigations at the League Against Cruel Sports, which was bringing the private prosecution.

He said he had not mentioned it because based on legal advice.

Prof. Harris’s latest publicly available research on hunting, published in 2017, was commissioned by the same charity. He has been involved in 11 hunt prosecutions and is due to give evidence next month in the case of the Grafton Hunt in Buckinghamshire.

Prof. Harris has vehemently denied being a supporter of animal rights groups, saying that he himself has been targeted by activists for his work in vivisection and that “any implication of bias” is false.

He said: “Allegations that I support animal rights groups, or any suggestion that I support, or have ever supported, the animal rights movement, or that I am an unsuitable person to act as an expert witness for the CPS in hunting prosecutions, are false.”

He added: “I retired aged 67, having deferred my pension for two years. When I retired, I left the university by mutual consent.”

A spokesman for the University of Bristol said: “Professor Stephen Harris retired last year. However, we are unable to comment any further or discuss personal information about any current or former member of staff due to data protection requirements.”