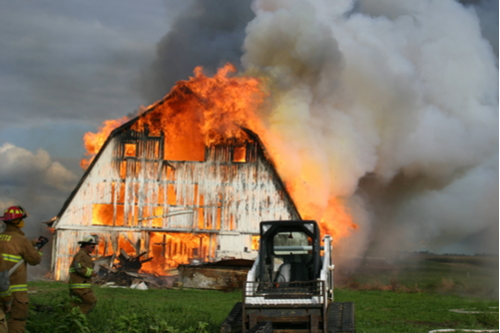 ANIMAL rights extremists are targeting directors of companies involved in badger culling. They have published online a list of their names, addresses and telephone numbers in the UK.

The Stop the Cull campaign has called for “direct action” against directors but denied that it could lead to violence. It has published the details of more than 100 directors from 40 companies it believes are involved. Some of the people named are preparing to increase their personal and home security because of fears of being targeted, according to a farming source.

The National Farmers’ Union has criticized the activists’ tactics, which it described as intimidating farming families including children. A spokeswoman said: “We continue to find it extraordinary that this group, made up of a small number of extreme animal rights activists feel it is morally acceptable to carry out activities like this which are specifically designed to scare, threaten and intimidate normal farming families.

“We understand not everyone agrees with the policy. But anyone who calls farmers and their families with the aim of causing them distress is committing a criminal offence. Targeting farming families in this way is indefensible.”

The Stop the Cull campaign said online: “We believe that the public should know where the badger killers reside, so that anyone can make their feelings known to them.”

Stop the Cull launched the campaign on Facebook with a post stating: “The badger culls will be starting again soon, many thousands of innocent animals will be killed, only direct action can save their lives.”

Jay Tiernan, 47, a spokesman for Stop the Cull, is a former soldier and has convictions for offences including breaching an injunction designed to protect badger cull farmers and their families from harassment and also for aggravated trespass and criminal damage during animal liberation activities.

He said: “There have clearly been some elements of criminality but there is no need for people to be in fear of their safety.”

In an online guide, the campaign advises activists to avoid being traced by buying cheap mobiles and using voice simulators. “To make cullers lives particularly hard, you can adopt a ‘phone jacker’ element to your protests,” the guide says.

By “making up stories” the callers could “tie cull farmers up in knots for hours” by encouraging them to contact local authorities, government agencies or trading standards department, it adds.