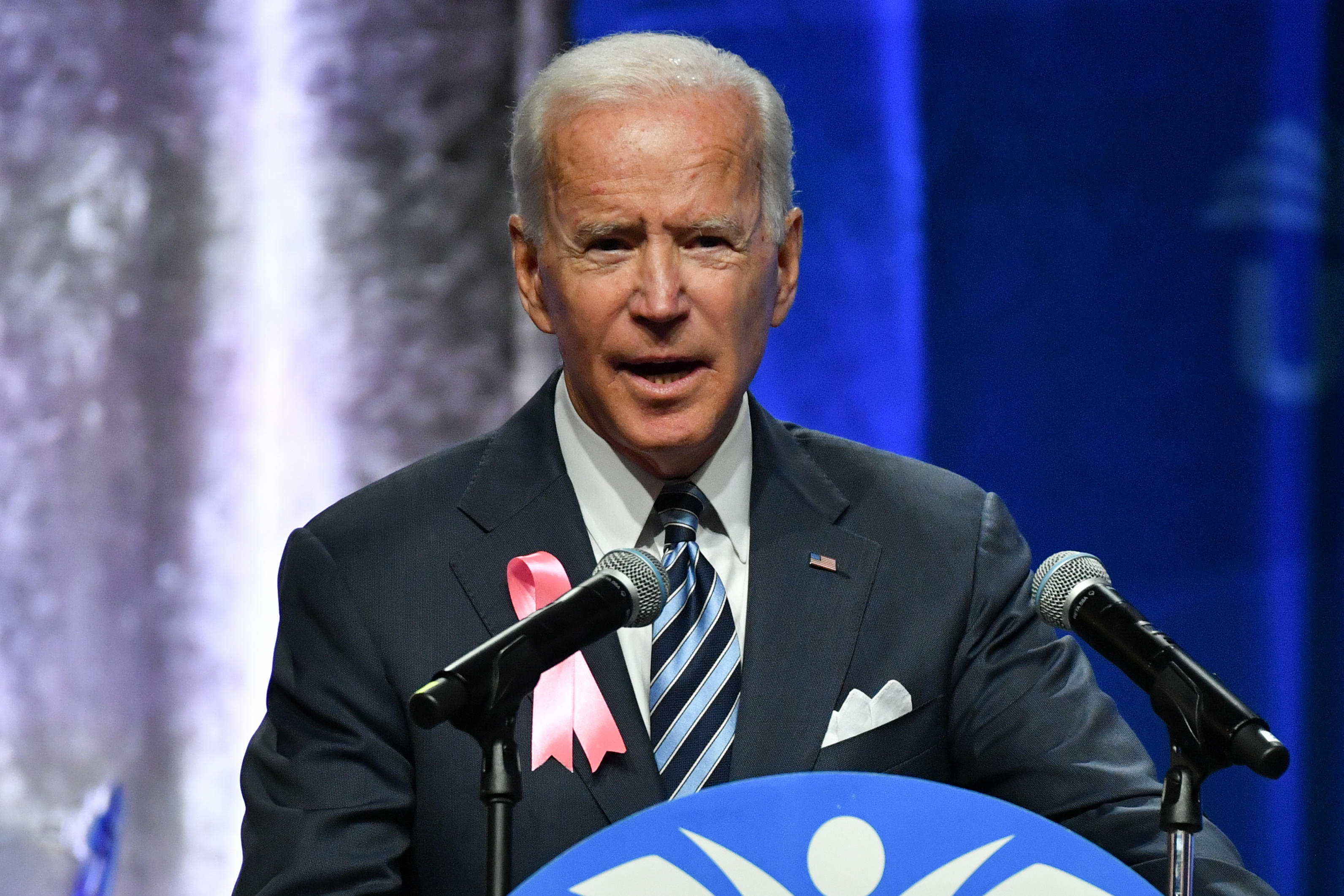 AN animal rights extremist stormed the stage at a US presidential rally and was tackled by a candidates wife.

A member of the militant group Direct Action Everywhere leaped on stage where democratic candidate Joe Biden was speaking in Los Angeles.

The activist shouted “let dairy die” but Biden’s wife Jill leapt into action and wrestled the woman off stage.

The group targeted Biden’s victory speech after he emerged as the front runner to be nominated by the Democratic party to run against President Trump.

A second woman tried to get on the stage but was held back by security.

Direct Action Everywhere boasted on their Facebook page it had disrupted the event.