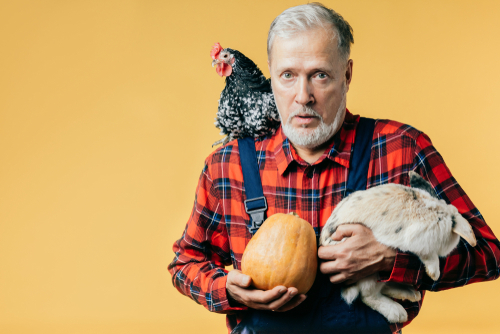 Speaking at the National Farmers’ Union Conference in the UK, Mr. Gove said: “We should not shirk, and I will not shy from, defending every sector of British farming. British livestock and British dairy farmers produce the meat, milk and cheese which provide us with the protein, calcium, vitamins and other minerals which contribute to greater choice for all in meeting our need for high quality food.”

“Dairy farmers deserve protection from activists who would undermine their work, they – our dairy farmers, alongside sheep and beef farmers play a critical role in keeping pastures and other vital landscapes resilient and strengthening rural economies and rural society.”

And the NFU said workers are increasingly subjected to filming, trespassing and threats both verbally and in person from increasingly aggressive protesters.

The BBC has filmed activists from the vegan group Save protesting outside abattoirs.

While many members of the group were peaceful, trouble broke out when some members trespassed onto an abattoir site.

The NFU said that it recognizes everyone’s right to choose but that activists are turning to publishing false information online to support their cause.

A spokesman said: “It’s important to recognize that everyone has the right to choose what they eat.”

“What’s not ok is for some animal rights activists to use social media to not only post mistruths and inaccuracies about the way food is made but also send particularly distressing messages and accusations to farmers.”

“Some farmers have to endure worse, with trespassers filming farm animals overnight or approaching farmers in a confrontational manner.”

“Farms are routinely monitored to ensure that these standards are met. No matter what our diet choices are, we believe farmers deserve the respect the job entails – that’s producing safe, nutritious, delicious food for us all to enjoy.”