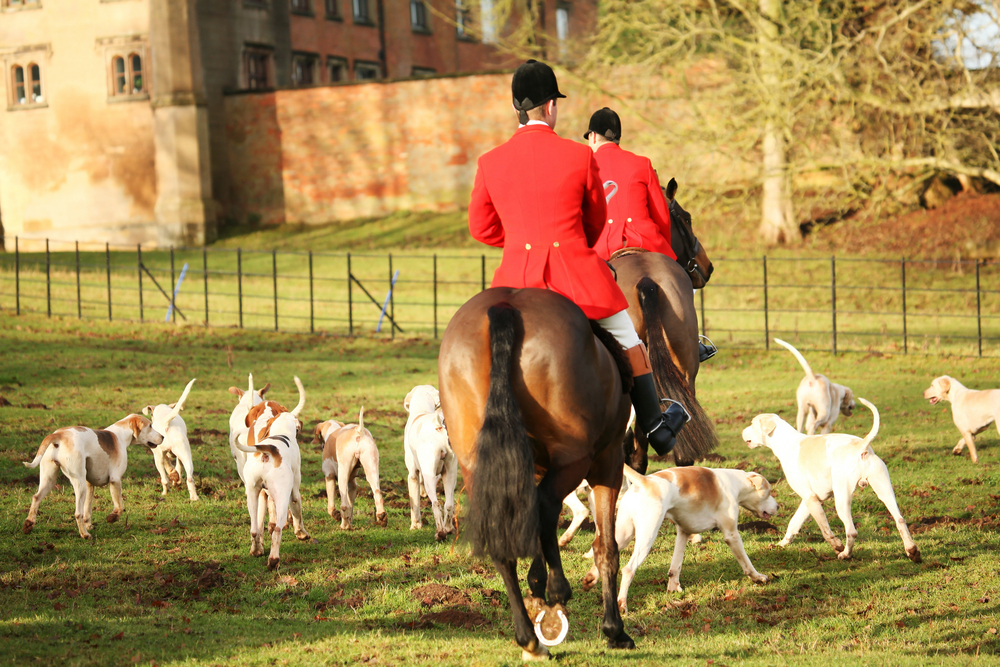 FOX HUNT supporters have pulled out of an agricultural show after being threatened by activists.

Members of the historic Berwickshire Hunt in Scotland said they pulled out for safety reasons.

The hunt, which dates back to 1740, said that it would not attend the Haddington Show in East Lothian, Scotland, following threats online over its attendance.

The show’s Facebook page was flooded with complaints from activists.

Some social media users celebrated the news but others said that they were embarrassed that the hunt could not attend a country show, arguing that fox hunting is part of rural life.

Fox hunting with dogs was banned in Scotland in 2002 though there is an exemption to use dogs to flush out foxes towards marksmen for pest control or to protect livestock or ground-nesting birds. Mounted hunts in Scotland have since offered farmers, landowners, and estate managers a pest-control service.

“It’s not just on Facebook, but different parts of social media, so we had to make the difficult decision to pull out of the show. We don’t want to put anyone at risk in a public space these sort of people come out and cause trouble when it’s just us. It’s something we have to deal with when we are out on our own and it’s on us to make the decision.

When Haddington Show announced on Facebook that the hunt would be attending the show, which has been running since 1804, it wrote: “We are delighted that Berwickshire Hunt will be joining us at Haddington Show with a parade of hounds. Come and see them and their smart red coats in the main ring on show day.”

The show removed the post after it attracted messages from angry activists threatening a boycott.

But many were disappointed the hunt will not be represented.

James Nisbet said: “That’s a shame, I was looking forward to seeing them.”

Some local residents praised the decision.

Isabél Combe wrote: “I think the fact that so many said they would not go was going to have a huge impact on the financial side. Great decision.”

A spokeswoman for Haddington Show said: “The Berwickshire Hunt are not coming to the show and we have no further comment to make.”

Greyhound supporters win by a nose!