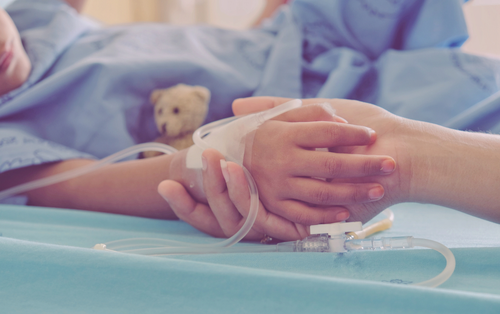 ACTIVISTS targeted a children’s hospital that was holding a Christmas reindeer party.

The protest caused fury after children at the Queensland Children’s Hospital in Brisbane, Australia, were left confused and upset.

Angry hospital staff and visitors asked the protestors to leave when they started handing pamphlets to children claiming the party was cruel to the reindeer.

The group of eight protesters was soon removed by police and the children were able to enjoy the party and petted the reindeer.

Relatives of the children said the visiting reindeer had lifted the spirits of the sick children.

Maddison Challen, a six-year-old who suffers from a rare form of cancer, was one of the children who were delighted to meet the reindeer.

Her mother, Vanessa Challen, said: ‘It is a really tough time of the year for kids to be sick, she has been so excited about the reindeer.

“It means the world to us to have this experience. We had a big scare with Maddison’s scans last week, so this has made her really happy.”

One of the protesters Daniel Heggie said: “Under the costumes and sleigh, these deer are exploited animals. Someone has to speak on behalf of the deer, because they don’t have a voice.”