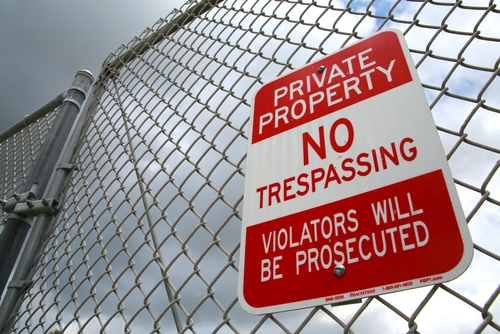 MILITANT animal rights campaigners who were arrested for breaking into a pig farm have appealed online for funding to fight trespassing charges.

Direct Action Everywhere (DxE) activists James Warden, 25, and a female associate, 24, sneaked into a piggery near Pinjarra, West Australia, to live-stream the alleged mistreatment of the animals.

The two were caught and charged with trespassing and have been released on bail. Warden, however, is facing additional charges for a separate incident at a Mundijong property and for possessing a controlled weapon.

The Facebook campaign has so far raised $3,478 by 130 people. But the campaign—which has been seen as offering support to law breakers—has also caused fury online.

One angry poster wrote online: “I hate to be a dictionary, but you guys misspelt the word investigator. The correct spelling for investigator is TRESPASSER.”

Another said: “I believe you mean he is in jail for trespassing.”

Another user added: “You got your headline wrong dw ill fix it (sic) Arrested for trespassing on private property and staying there for 2 hours and playing with peoples food.”

Warden has described himself as a “Non-regressive, non-apologetic animal rights activist ending the animal holocaust,” on social media.

His latest stunt was less than two weeks after a farmer in Harvey, Western Australia, confronted him outside his property before firing a shotgun twice into the air.

Police commander Allan Adams said vegan activists had been warned there was a “line in the sand” and police would lay charges if they crossed it.

He said: “There has certainly been an increase in profile with the use of social media to raise protester positions on particular matters.

“Certainly over the past four weeks activists have been more targeting of the primary industry, particularly around their care for livestock. We send a very clear message to those participating in that activity that if you do cross the line, evidence by the search warrant this morning and the subsequent charging of a person, police take that very seriously.”