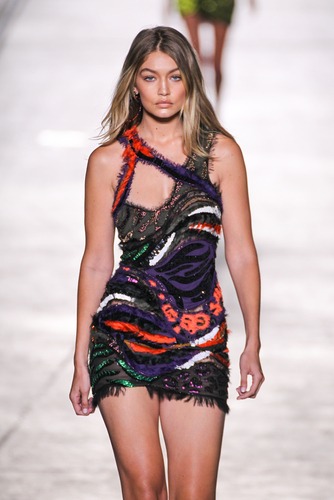 Anti-fur protesters posed as fans to gain access to an event where she was promoting her new Tommy Hilfiger range.

Security moved in swiftly to eject them from the venue.

The model continued signing autographs but more activists caused further disruption and it was called off.

Hadid was later seen leaving the event with her bodyguard.

While the model was not wearing any fur at the event she has been photographed wearing fur-looking clothes on many occasions.