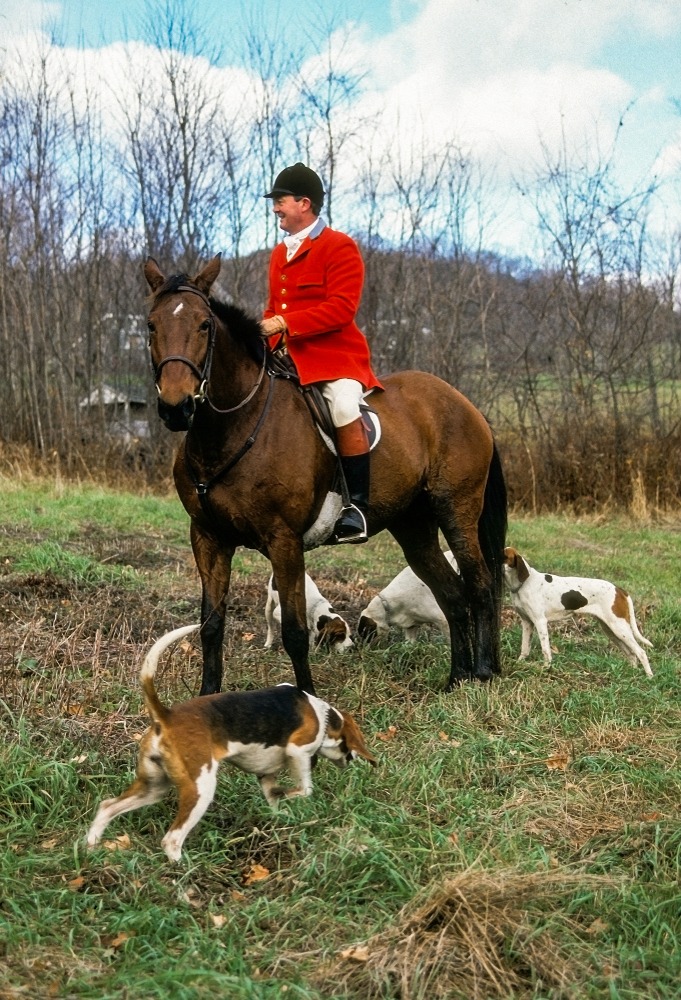 A hunt master is set to take legal action after he was wrongly convicted of intimidating an animal rights activist.

Kim Richardson was vindicated after a judge overturned his conviction for harassing hunt saboteur Raoul D’Monte.

Richardson also accused the police and the Crown Prosecution Service of wasting time and resources over the case.

And the powerful Countryside Alliance in the UK also urged police and prosecutors to be aware activists have a “vested interest” in vilifying huntsmen.

D’Monte and his group of saboteurs had accused Richardson of harassment when he tried to free one of his favourite hounds which the activists were holding in their van.

After a year long battle a Crown Court judge overturned Richardson’s conviction for harassment, saying that he did not find Mr. D’Monte was intimidated and Mr. Richardson was reasonable in trying to get his animal back.

The ruling came after D’Monte was seen smirking – and not looking harassed – according to witnesses.

Mr. Richardson, Joint Master and Huntsman of the Crawley and Horsham Hunt in the UK said that the case was “insane” and he is now considering suing the CPS.

The hunt master, who was flooded with messages of support following his conviction, said: “As I said to them in interview I am an Englishman, my dog is really important to me, if someone touches it I will defend it.”

The alleged victim, Raoul D’Monte, was revealed in court to be a well-known and prolific activist who has been disrupting hunts for almost 40 years and uses the pseudonym Alfie Moon to speak on sabotage, or “sabbing,” tactics.

The judge heard that at the International Animal Rights  Conference in Luxembourg in 2016 he discussed the need to “take control of that pack of hunting hounds away from the huntsman” by using techniques such as fake noises, adding: “The day I stop sabbing them is the day the last red coat is on a bonfire somewhere.”

Polly Portwin, the Countryside Alliance’s Head of Hunting, said: “This case should never have gone this far and is another example of thousands of pounds being wasted in court and police time.

“The police and CPS need to consider very carefully any ‘evidence’ supplied by anti-hunting activists who have a vested interest in vilifying members of the hunting community.”

Fox hunting was made illegal in 2004 but trail hunting, in which the artificial scent of an animal is laid, is allowed in the UK.

On February 25 last year around 60 members of the Crawley and Horsham Hunt were met by around 40 saboteurs, many of whom were wearing camouflage and balaclavas.

During the afternoon one of Mr. Richardson’s hounds, Chapter, went missing and he desperately sent people to look for her but to no avail.

One of the other riders overheard the saboteurs discussing what to do with the “lost property”. They had found Chapter and put her in the back of their van.

It was then Mr. Richardson confronted Mr D’Monte, saying: “Have you got my missing hound, you lot?

Mr. Richardson said: “It was maybe a little bit stronger than I should have been, but I knew I needed to be strong to get her back, it was a gesture.”

The activists returned the dog to another rider several hours after she had gone missing.

Richardson said. “It is my wife’s favourite hound, we have had it since it was a puppy and she would have killed me.

“As I said to the judge I am nearly as fond of the hounds as I am my own children.”

He thought nothing more of it until he received a phone call from police a couple of months later.

Mr. Richardson said: “I told them not to be ridiculous but they said that he had made a complaint and I had to come in for interview.

“When the policemen turned off the recording they said both said that they did not know what I was doing there,” he added.

He appeared before a district judge and was convicted of a public order offence for causing harassment, alarm or distress and fined £2,500 and ordered to pay prosecution costs of £635 and a victim surcharge of £130.

But he was cleared on appeal at Lewes Crown Court after a video of the day, filmed from the point of view of the saboteurs, showed verbal abuse between both parties.

Judge Antony Chinn QC said that the bench had also heard evidence that Mr. D’Monte was “smirking” and they therefore concluded he did not feel harassed.

Timothy Ryan, who represented Mr. Richardson alongside Peter Glenser QC, added: “This case should never have gone to court and I was surprised that it did.

“It is hard to believe that the police thought that this comment justified prosecution and was in the public interest.”