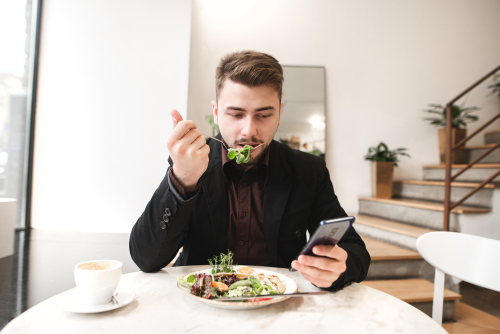 A high-ranking militant vegan whose group brought Australia to a standstill has revealed his privileged upbringing turned him into an activist.

Chris Delforce, who runs the group Aussie Farms, which has organized national protests and published an online map of every farm in Australia, said life had been easy and that everything had been given to him.

He said: “As a white male in a middle-class upbringing, a lot in life is pretty much handed to me. As a person who has it pretty easy in life, I think it’s my responsibility to do as much as I can to use my opportunities. As someone born into a position of considerable opportunity and privilege, I have a moral opportunity to do whatever I can to help those less fortunate than myself.”

His group brought Melbourne to a standstill when 100 activists from his group sat on tram tracks. Others members of the group in New South Wales and Queensland invaded farms and chained themselves to abattoir machinery.

Delforce, a web developer, used to volunteer for poverty relief charities and travelled to Zanzibar and Indonesia to promote human rights before turning his attention to animal rights.

Born in Canberra he has been an activist in Melbourne for nine years and ran for the Animal Justice Party in the state of Victoria the 2018.

He is the brains behind the controversial Aussie Farms interactive map, which “names and shames” livestock farmers and details their addresses, photos and even business numbers.

And Prime Minister Scott Morrison said the actions of the group made its members “green criminals.”