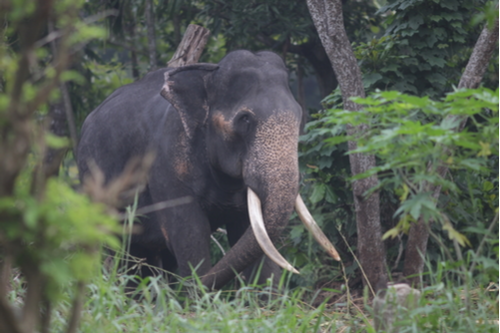 KIM Kardashian has hit back at animal rights activists after being accused of animal cruelty.

The reality star, 38, was targeted after being pictured riding an elephant at a sanctuary in Sumatra, Indonesia.

But Kim, who visited an elephant sanctuary with her two young children North and Saint, was quick to defend her actions and said that she researched the welfare standards of the sanctuary before visiting it.

She said: “We visited an elephant sanctuary that has rescued these elephants from Sumatra where they would have otherwise gone extinct. It is an organization that is working to save these beautiful animals. We did full research before going.”

One Twitter user said: “Why is everybody mad at her? I think it’s just because she’s Kim K.”

Another user mockingly said: “If Ms Kim K invites you to brunch, You will go, right?

“I would love to see her interview you about what you do & both of you talk about elephant conservation.”

A third user said: “People will never be pleased. They will have a problem with everything.”

Animal rights activists claimed the reality star was being “cruel” to the elephants by attending the sanctuary and was branded “disgusting” and “irresponsible”.

“You should be ashamed of yourself riding those elephants,” wrote one person on Twitter.

“Those elephants should be free and shouldn’t have to drive you and your family around!” said another.