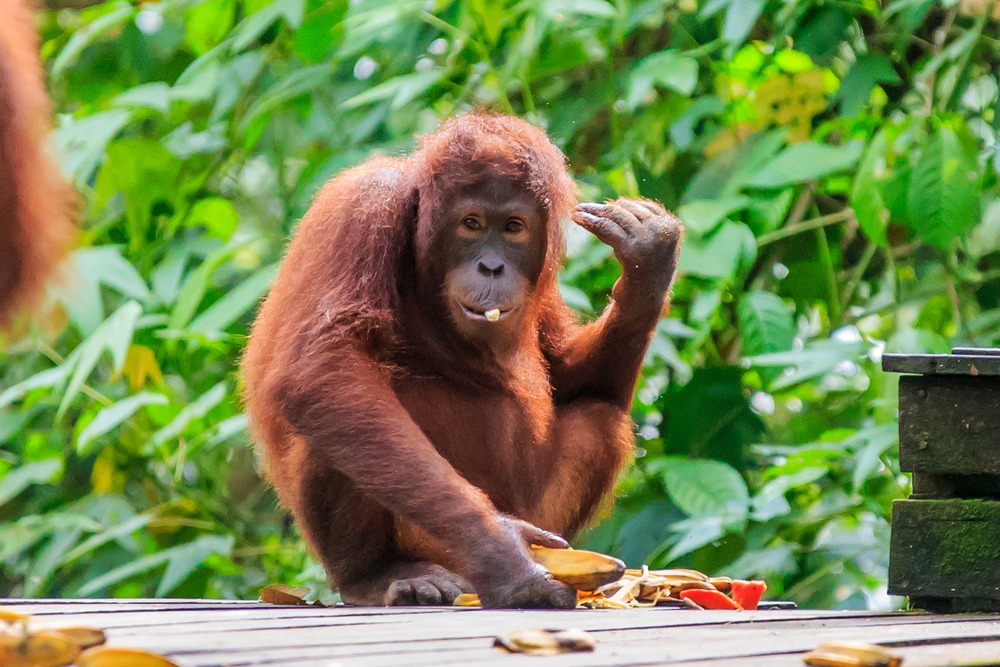 Joyless activists reacted with a fury when an orangutan was spotted smoking a cigarette in a zoo.

And the zoo was slammed over the incident which turned out to be an innocent accident.

Footage captured at Bandung Zoo in Indonesia showed the primate appearing to puff away after a cigarette was flicked near him by a visitor.

Video shows the smoker stood next to young children as he hurls his butt near the ape.

Onlookers are heard laughing as the animal placed the cigarette in his mouth.

A guard at the enclosure may have been on a break at the time.

Bosses expressed regret over the incident, which has gone viral on social media.

But activists jumped on the innocent event for publicity.

Marison Guciano, founder of the Indonesia Animal Welfare Society, said it was proof the country needed to raise zoo standards as he attacked the “lack of supervision” at the zoo.

He said: “This orangutan at Bandung Zoo is given a cigarette by ignorant visitors. Visitors do not know how to deal with animals, but the lack of supervision by zoo management is equally lacking, and is one of the issues which must be addressed.