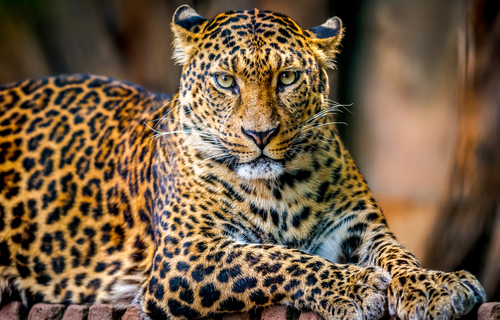 ACTIVISTS have condemned the killing of a leopard that terrorized a village. The animal attacked and injured at least 10 people in a remote village in Sri Lanka before it was caught.

A group of terrified villagers from Ambalpuram in the northern district of Kilinochchi, about 211 miles from the capital Colombo cornered the animal and beat it to death with clubs.

The leopard had earlier attacked villagers leading to wildlife officers being called into the area to catch it.

When their attempts failed—and one wildlife officer was left seriously hurt—brave villagers captured and killed the animal.

Sri Lankan leopards are listed as an endangered species and killing or harming them is a punishable offence in Sri Lanka.

Police have now arrested two men from the group after the villagers’ attack on the big cat was filmed and shown on social media drawing condemnation from activists.

If found guilty the men could face two to five years in prison.