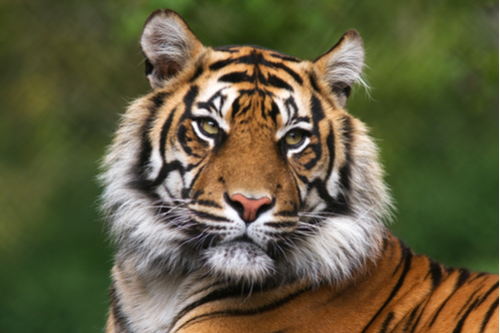 ACTIVISTS have accused Indian authorities of murdering a man-eating tiger—even though it killed 13 people.

Officials said they had to kill the animal to stop its two-year murderous rampage. But animal rights activists reacted with fury claiming the animal did not need to die and that the shooting was illegal.

The animal—a mother of two ten-month old cubs—was shot dead in the jungles of Maharashtra state.

A team of more than 150 people had spent months searching for her, using a paraglider and dozens of infrared cameras while sharpshooters had ridden on the backs of elephants.

Hunters refereed to the tigress as T1 but wildlife lovers and activists named her Avni.

But disputes quickly erupted after the killing as media reports said the tiger was shot in Yavatmal forest with no attempt to tranquillize her.

India’s Supreme Court had issued a hunting order for T1 in September, ruling that she could be killed if tranquillizers failed.

Several appeals were made against the death sentence.

It is understood the animal was tranquillized but still charged at the team of hunters and had to be put down.

Activists claimed a tranquillizer dart had been placed in the tiger’s corpse after the killing to cover up an illegal shooting.

Forestry officials acknowledged to Indian media that no vet was present during the hunt, as required by the Supreme Court order.

Jerryl Banait, a vet and activist in Karnataka state who had launched appeals against the order, described the shooting as “cold-blooded murder.”

A spokesman for the Indian branch of the People for the Ethical Treatment of Animals (PETA) group said: “Avni was killed illegally satisfying a hunter’s lust for blood.”

It said India’s Wildlife Protection Act and National Tiger Conservation Authority rules had been flouted, calling for the matter to be ‘investigated and treated as a wildlife crime’.

The tiger’s body has been taken to a zoo in the city of Nagpur for a post-mortem.

Despite the disputed circumstances, villages around the town of Pandharkawda celebrated the death with relief.

T1 claimed her first victim, a woman whose body was found in a cotton field, in June 2016.

Since then most of the dead were male herders.

India has launched a major campaign to boost tiger numbers.

But urban spread as the population of 1.25 billion grows has increasingly eaten into the territory of wild animals.

Endangered elephants and tigers kill on average one person a day, according to government figures.

“Sorry We Killed the Cow—But it Was Eating Your Dinner!”