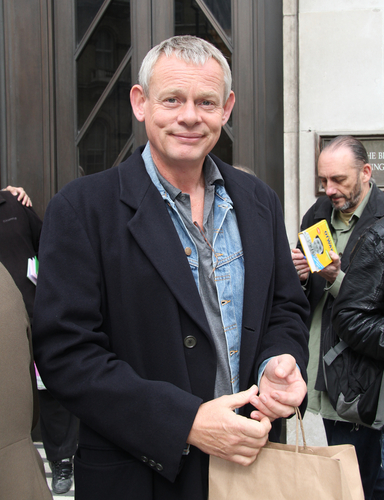 MARTIN Clunes has been dropped as a patron of charity Born Free after being accused of animal cruelty for riding an elephant.

The actor, 57, rode the elephant in his ITV show in the UK, My Travels and Other Animals.

Despite Clunes expressing his concerns about riding elephants during the show, the charity showed him zero tolerance.

ITV said it was “deeply unfair” to suggest the show endorsed cruelty as Clunes “made it very clear to viewers that he had serious concerns about elephants carrying people.”

But Howard Jones, chief executive of Born Free, said in a statement: “We can confirm that, with much regret, Martin Clunes is no longer a patron of Born Free. Born Free has always been opposed to the exploitation of captive animals for entertainment and human interactions.

“Martin was a loyal patron for many years, raising hundreds of thousands of pounds for wild animals in need. We thank him for his support and dedication.”