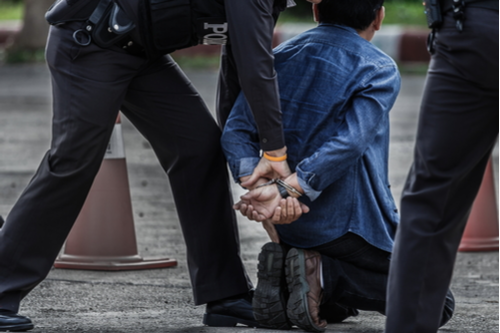 SIXTY-SEVEN animal rights activists were arrested during a mass raid at a poultry farm.

Some 200 members of Direct Action Everywhere descended on an organic poultry farm in Petaluma, California, and stole chickens. It was also alleged the owner of the farm and an employee were assaulted.

The Sonoma County Sheriff’s Office said 67 arrests were made on charges ranging from misdemeanor trespassing to felony burglary.

Priya Sawhney, a spokesperson of Direct Action Everywhere, said: “These birds are living creatures, not things, but Amazon and other major retailers treat them like commodities.”

Direct Action Everywhere is known for its large protests against a wide range of businesses who sell or produce animal-based products.

0 comments on “Mass Arrest of Activists During Poultry Farm Raid”