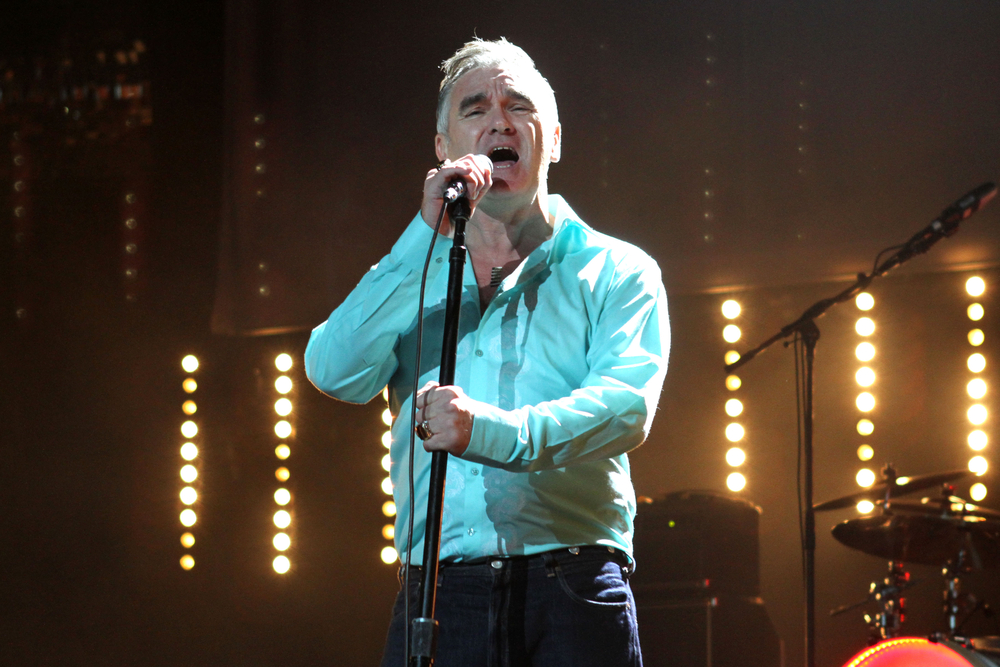 The outspoken singer caused fury when he defended a far-right activist after he was jailed in the UK. And he caused more anger by placing animal rights above human rights in comments on his website.

He first said the jailing of English Defence League founder Tommy Robinson, was “shocking” despite the activist having branded Islam “evil” and a “killing machine.”

Robinson was jailed for 13 months for breaking restrictions on reporting a criminal trial by posting them on Facebook.

The singer then made more controversial comments in which he claimed animal rights should come before religion.

One Twitter user branded him a ‘b******’ and another suggested he was one step away from committing a terrorist atrocity.

Another accused the performer of making racist remarks.

Morrissey had launched a tirade against halal – the Islamic method of animal slaughter—describing it as “evil” and claiming it needs approval from “supporters of ISIS.”

In conventional slaughterhouses, animals are given an electric shock to ensure they are unconscious before their throats arecut, minimizing suffering.

However many in the Muslim faith claim that stunning is also inhumane and that when an animal is slaughtered properly, it immediately becomes unconscious and dies within seconds.

The singer told the website Morrissey Central: “If you have any concern for animal welfare, for example, you cannot possibly vote for either Conservatives or Labour, because both parties support halal slaughter, which, as we all know, is evil.

“Furthermore, halal slaughter requires certification that can only be given by supporters of ISIS, and yet in England we have halal meat served in hospitals and schools!

“I am not saying that stunned slaughter is acceptable, because it couldn’t ever be.

“If you use the term ‘humane slaughter’ then you might as well talk in terms of ‘humane rape’.

The former Smiths frontman from Manchester was discussing what he feels is a lack of diversity in opinion in mainstream politics during an interview.

He said the right-winger’s jailing for breaking contempt laws by filming outside a court was an example of how Britain’s biggest political parties are against freedom of expression.

Robinson, whose real name is Stephen Christopher Yaxley-Lennon, was held after he live-streamed himself speaking on the steps of Leeds Crown Court.

The hour-long film, which has been watched more than 250,000 times, shows the moment that the 35-year-old was arrested by police.

The English Defence League founder was then taken before a judge who jailed him after he pleaded guilty to contempt of court and breaching the terms of a suspended sentence for a similar offence.

The 58-year-old animal welfare activist has in the past been labelled “worse than Trump”, an “over-rated racist” and a “fool” by social media users.