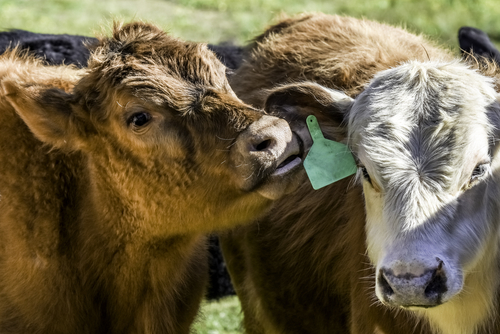 A vegan farmer who gave his cows to an animal sanctuary instead of selling them for slaughter has been branded “insane” by his brother.

Jay Wilde, 59, who runs a farm in Derbyshire, UK, was persuaded to donate his cows to an animal sanctuary after several meetings with the Vegan Society. He could have made about £50,000 by selling the 73 cows for meat.

His brother-in-law was so stunned he said Mr Wilde must be “absolutely insane.”

A film about how Wilde “couldn’t bear” sending them to slaughter has won a prestigious British Academy of Film and Television award. Wilde has been a vegetarian for 25 years and took over the family farm when his father died.

Filmmaker Alex Lockwood’s documentary about Wilde and his cows won the best short film award at the BAFTAs.

Explaining a decision that baffled many in the farming community, Wilde said that he could no longer bear to send the animals to be killed.

He said: “It was soul destroying. Cows have good memories and a range of emotions. They form relationships. I’ve even seen them cry. The cows get very upset.”

The Hillside Animal Sanctuary near Frettenham, UK, said the animals “would live out their lives essentially as pets.”

Wilde said he had experienced some negativity from local farmers, especially after he said continuing to farm cattle was just evidence of a “lack of imagination.”

In a move that’s likely to further bemuse his neighboring farmers, Wilde has applied for planning permission to develop his farm in the hope of turning it into a “vegan destination.”

Rogue bear Papillon is back!

0 comments on ““My Vegan Brother is Insane””