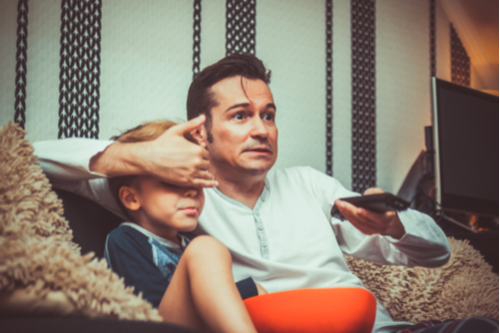 DOZENS of animal rights activists stripped naked and covered themselves in fake blood to protest against the fur industry.

Demonstrators laid motionless in the busy Plaza Catalunya in Barcelona, Spain, next to a sign reading “How many lives for a fur coat?”

The protest organized by Spanish animal rights group Anima Naturalis left many onlookers outraged by the grim spectacle of protesters piled on top of one another. Passers-by took to social media to express their anger over the protest.

One said: “Some little children didn’t seem to understand what was happening. Because the protesters were covered in blood it looked frightening to them. Can’t they get their point across without trying to shock and scare all the time?”

Another said: “Yes, it is shocking, but it is not going to help animals.”

Last year, topless campaigners from the same group wore horns and covered themselves in fake blood in the streets of Pamplona, Spain to protest against annual bull runs.

The animal campaigners have carried out the protests in Pamplona for the past 14 years.

0 comments on “Naked Fury of Extremists”