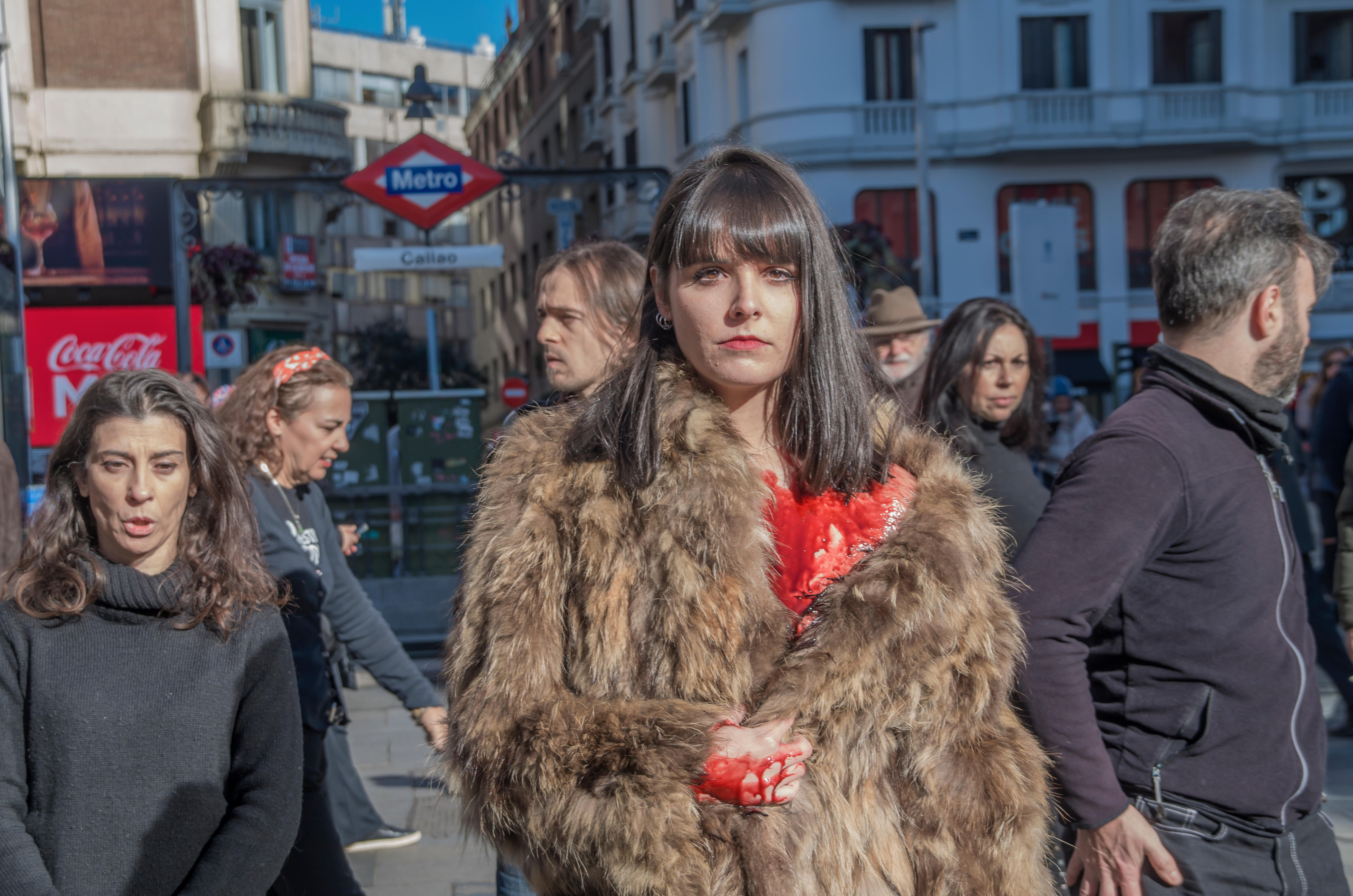 ANIMAL rights activists stripped naked and smeared their bodies with fake blood to protest against the fur industry.

Around 70 activists took over a city centre square in Barcelona, Spain, and posted the images on social media.

But pedestrians largely ignored the protest organised by the AnimaNaturalis group.

The protest consisted of dozens of activists lying on the ground while covered in fake blood.

A woman holding a sign shouted out “suffering is not elegant”.

Her sign read: “How many lives for a coat?”

But one angry onlooker said: “What is the point of this?

“It upsets children and and has no value other than to create social media traffic.

“These people need to get a life instead of telling others how to live theirs.”