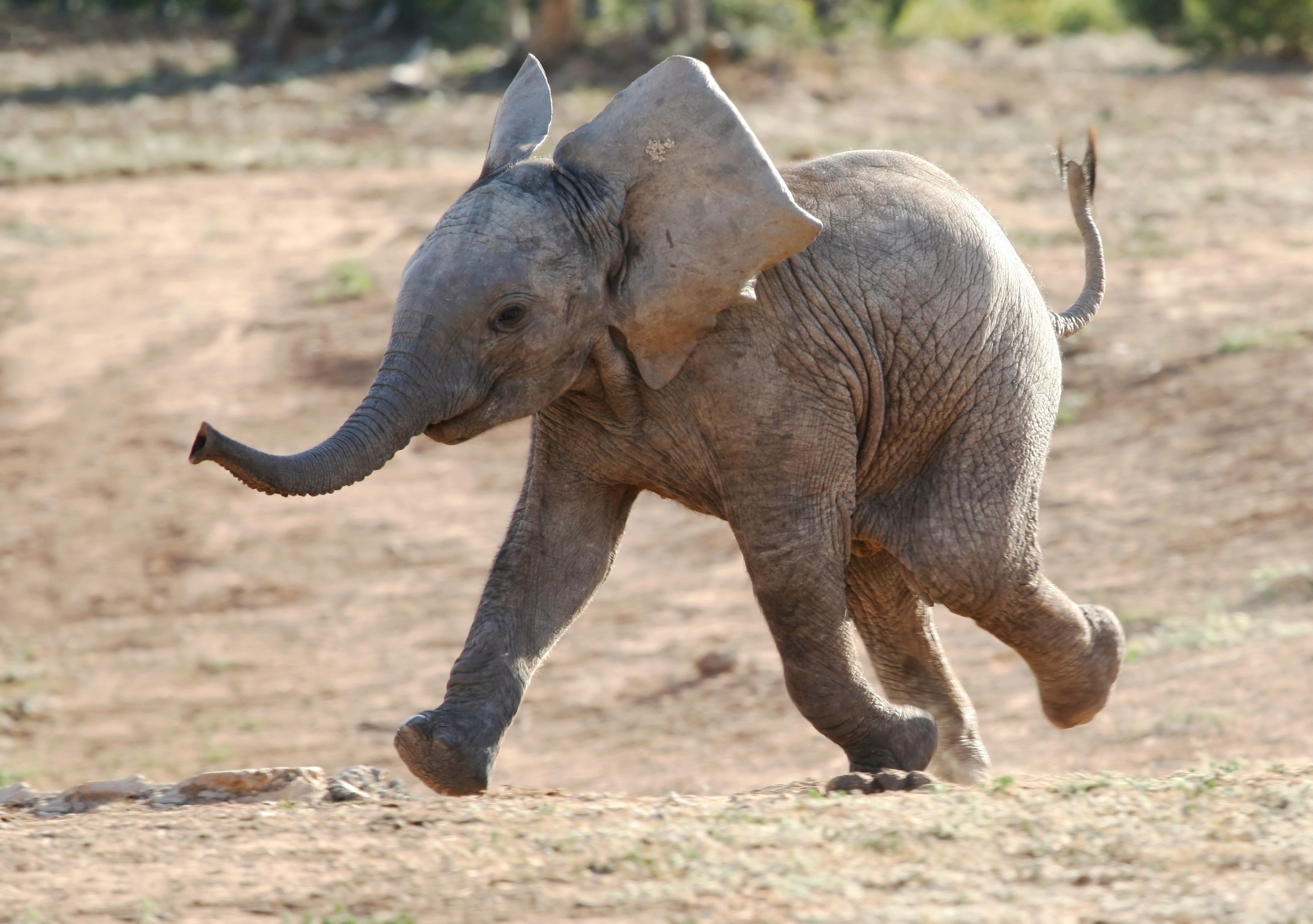 A baby elephant attacked an activist who was making a speech about elephant rights.

The hilarious incident happened as activist Geoff Mayes, who wasn’t hurt in the incident, tried unsuccessfully to keep the playful animal under control.

He was seen grinning with embarrassment on a YouTube video as the elephant repeatedly barged him.

Mayes was making a video about the war on elephant poaching.

An aid worker stepped in to calm the animal and make sure Mayes wasn’t hurt.

At one point Mayes said: “Elephants are very close to my heart,” and the elephant swiped at his chest with its trunk.

Mayes is a safari guide in Africa and runs a lodge for elephants, which he co-manages with his girlfriend.

He finished the video with an appeal to the public to support Hands off our Elephants and the Davis Sheldrick trust.

The video, uploaded to YouTube by Mayes, was captioned: “Never work with babies or wild animals… but baby wild animals are fine!”