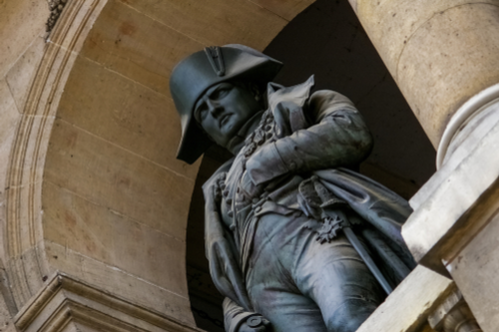 ANIMAL Rights activists have targeted the Mediterranean island where the French emperor Napoleon Bonaparte was once exiled.

They have objected to a cull of 500 wild goats on Elba, which islanders say are ravaging their woodland, gardens and vineyards.

Plans are being drawn up for a total cull but activist groups have come to the defense of the animals, known as mouflon, which were introduced to Elba for hunting in the Seventies.

Volunteers have been putting up posters on the island, six miles off the coast of Tuscany, Italy, and have handed out 6,000 leaflets to tourists, appealing for their support.

“I live here,” the leaflets read, with a photograph of a male mouflon staring at the camera.

“I was born here and I don’t bother anyone. There are 500 of us, all as meek and gentle as me. But they want to kill us all.”

Italy’s Anti-Vivisection League (LAV) has written to Sergio Costa, the environment minister, calling for the cull to be blocked.

It has asked instead for the mouflon to be captured and sterilized to allow the population to gradually die out.

Hunters have shot hundreds of mouflon for sport over the years, but the big push to eradicate the species from the island for good is due to start next month, once the tourist season is over.

Napoleon was famously exiled to the small island in 1814 after his forced abdication as French emperor.

0 comments on “Not Tonight, Josephine”