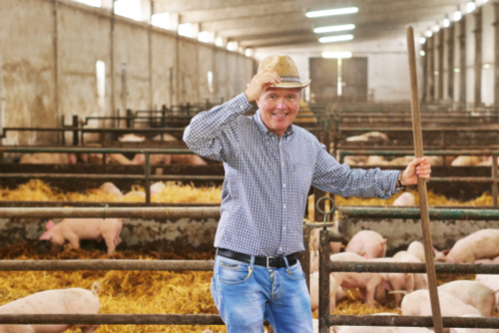 A pig farmer has told how death threats have forced to turn his farm into “Fort Knox” after a vegan group targeted him. Brian Hobill also said a pig’s skull was left outside his family home at Hogwood Pig Farm in Oxhill, Warwickshire, UK.

The farmer said he has spent £50,000 on extra security but vowed never to give in to the activists.

He claims he was targeted by the vegan advocacy group Viva!, which claimed his animals were kept in squalid conditions.

Mr Hobill said: “There’s been harassment, intimidation, hate mail. They want every livestock producer put out of business – pigs, dairy sheep.  I think we have better conditions than most nursing homes.”

Officials who investigated the farm found no breaches of animal welfare.

Viva!, which boasts £1 million in donations and counts Sir Paul McCartney and Joanna Lumley among its high-profile supporters, attracted controversy after secretly filming at Lambrook Pig Farm in Somerset, eventually causing its closure.